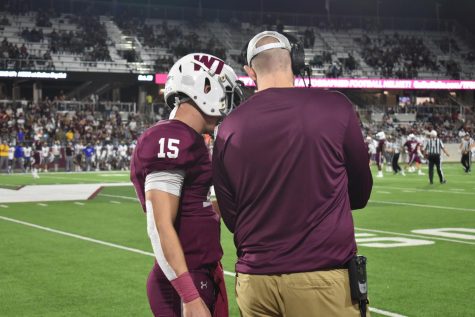 It took a bit of time but this was one of the more complete wins since week one of the season, and arguably for the season as a whole. All three stages of the Buffs came to play and fought to win.

.J.T Cavender, freshman linebacker, finished with 13 total tackles with nine of them being solo tackles and also had a pass breakup. He continues to show his ability to be almost everywhere on the field week in and week out.

Ty Dillon, freshman defensive back, was able to jump beneath a wide receiver’s route to catch an interception and then return it for points scored. That interception is his first for the season but it’s the second interception returned for the Buffs defense. 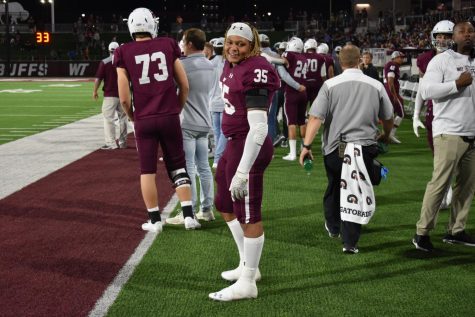 Next with the offense was Noah Bogardus, junior wide receiver, who had 65 yards receiving with one touchdown. His long was a pass of 42 yards as he has once again provided use as a deep threat he can be. Bogardus has 373 yards with two touchdowns for the season thus far according to gobuffsgo.com.

The Buffs special teams was also able to block a punt which was picked up by Bogardus and ran in for a score. Coach Wagner walks through what unfolded during the blocked punt.

“Eric Goodman did a good job of actually pushing their guy back into the punt,” Wagner said.

Lastly, let’s give credit to the fans in the stands for giving a welcoming homecoming game. The Buff pride was especially strong in this game with an attendance of 9,326, according to WT athletics, and they made their presence known.

Next up is a rivalry game for the treasured wagon wheel against Eastern New Mexico University at their home stadium Oct. 16 at 7pm.