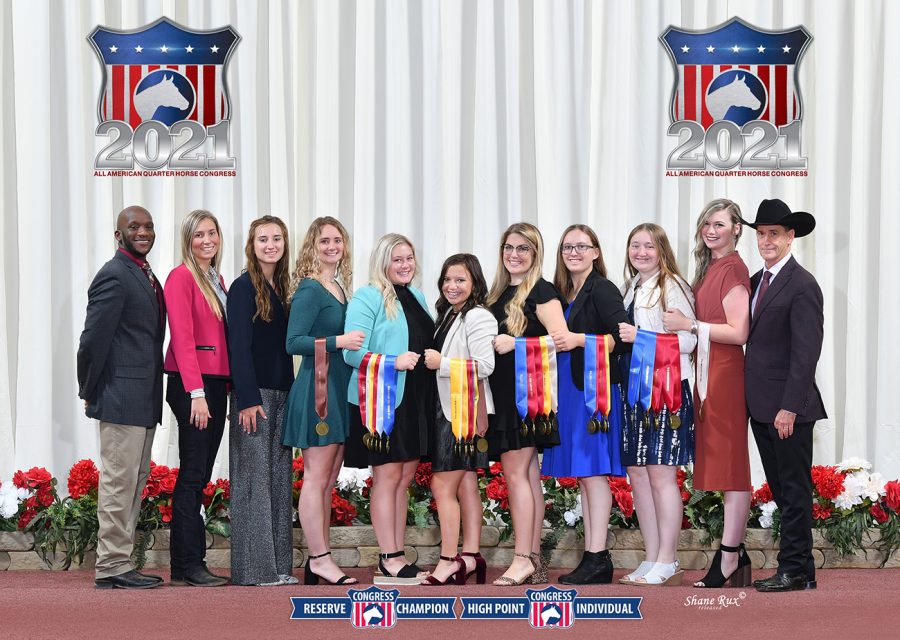 “The team had an excellent performance,” said Dr. John Pipkin, Regents professor of agriculture and director of WT’s Equine Industry Program. “Every team member has worked for more than a year preparing, especially in the last 4 1/2 months. I am really excited for them as they are still far from their best as a group and are willing to continue to work to improve as they get ready for the final two competitions of the year in the next three weeks.”

The competition took place Oct. 13 in Columbus, Ohio. The teams’ final competitions of the season are Nov. 1 and 7 at the American Quarter Horse Association World Championships in Oklahoma City.

WT’s horse judging teams are one of the ways the University is responsive to regional needs, as set out in long-term plan WT 125: From the Panhandle to the World. That plan is being fueled by the historic, $125 million One Westcomprehensive fundraising campaign.