OP/ED Why is “Halloweentown” a good film? 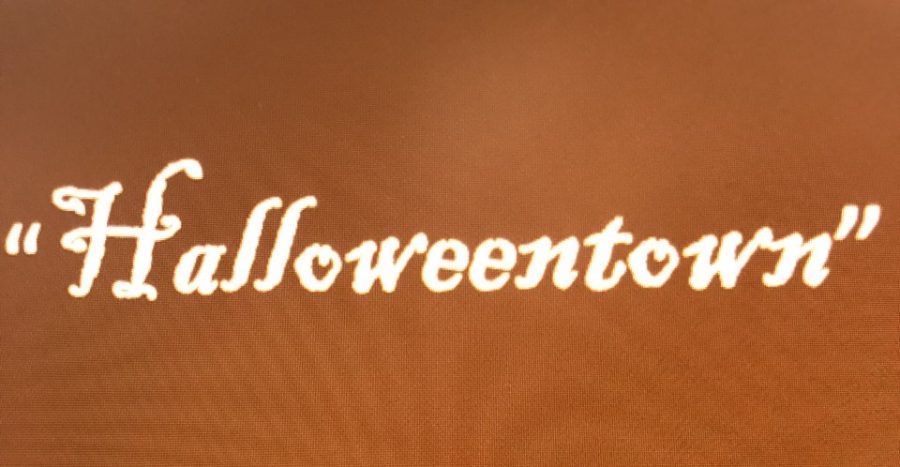 A graphic designed by Victoria Fatiregun of "Halloweentown" set within the background of colors representing the fall. (Canyon, TX/ Wednesday Oct. 19)

“Halloweentown” is the quintessential film of childhood. Watching it every year at Halloween always sets the mood for fall. The film details the story of Marnie Piper who goes to her Grandma’s town on Halloween to discover she is a witch. One of the main reasons the film is so loved is because of the “Halloweentown” characters.

The “Halloweentown” characters that are the most vivid are the ones that scare viewers, but also evoke great sorrow for their sad stories. One of these characters is Luke, a goblin who has such a sad story, because he had a crush on Marnie but whenever he transformed into a goblin, the handsome guy went away.

Disney did a really good job of showing the sadness of “Halloweentown” while also maintaining the film as a holiday sit-down. I remember the characters that make viewers think, and feel emotional over the sadness of the curses. “Hocus Pocus” is different so comparing the two won’t be done.

“Halloweentown” was a place to be visited to learn more about humanity and discover interesting characters.

The main character, Marnie, came to appreciate “Halloweentown” for the oddity that it was. She was a witch, and eventually she accepted it. Her grandma in the film is so loveable, who was always encouraging Marine to do her best and get into the spirit of Halloween.

Even though “Halloweentown” is a Disney film, it is very creative in its exploration of the characters and their relationships. The town in the film may be strange, but the characters feel very human with their idiosyncrasies. Trying to relate with the characters is easy, and sometimes it is a success.

Returning to the same film at the same time each year also solidifies “Halloweentown” as a good film. The nostalgia is rich, and it captures a time to return and remember learning something. Films with messages are so much better than ones without them, and personally “Halloweentown” is a lot of fun to watch.

If you haven’t seen “Halloweentown” try giving it a go this year and if you have, why not re-think some of the themes of the film.

If you would like, you can even try comparing it with “Hocus Pocus” if that would make you feel any better and you may be able to watch the film with different eyes, noting the story and the importance of the characters.