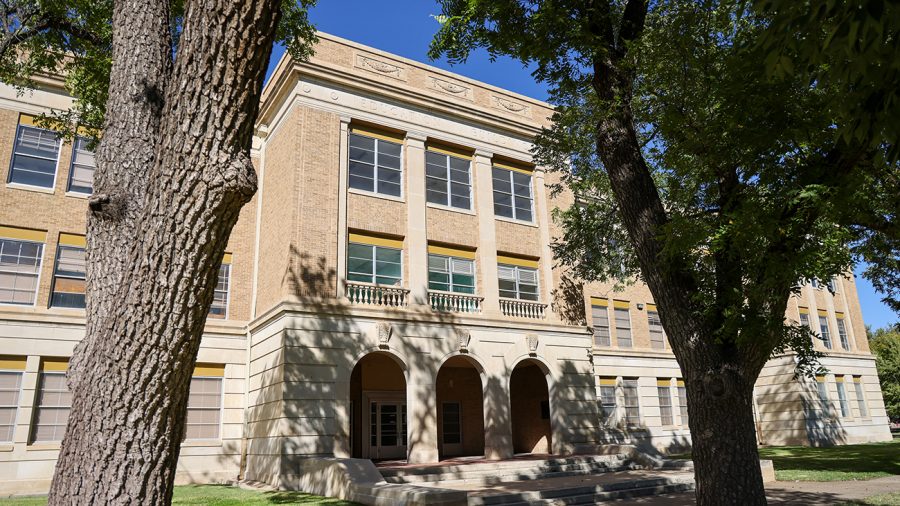 The Old Ed building. Photo by WTAMU Communication and Marketing

CANYON, Texas — A venerable West Texas A&M University landmark will get new life thanks to $3.35 billion appropriated by the Texas Legislature on Tuesday for capital projects at Texas higher education institutions.

WT was allotted $45 million in Senate Bill 52, which now goes to Gov. Greg Abbott for approval. The funding will be used to begin the rehabilitation of the Education Building, commonly known as “Old Ed.”

The building, which was the second academic hall built on campus, officially opened Oct. 19, 1928. It originally housed a demonstration school, where education majors got hands-on training in teaching schoolchildren. That school was discontinued in May 1951, and classes for WT students were housed there until 1988.

“The Education Building is unusable now, but thanks to this allocation and additional philanthropic funds, it will be reborn as a launching pad for distance-education projects — a hub for 21st-century students,” said WT President Walter V. Wendler. “We are grateful that the Legislature is helping us meet the needs of the Texas Panhandle and beyond. We firmly believe in practicing good stewardship of our facilities, and through this rebirth, the Education Building will allow us to dramatically increase the number of online students we can serve.”

Wendler announced the pending appropriation at an Oct. 19 meeting of the WTAMU Foundation Board of Directors. In addition to Abbott’s signature, WT’s plans for the funding must also be approved by The Texas A&M University System Board of Regents and Chancellor John Sharp.

WT has been a pioneer in online education since 1997, and providing educational opportunities not only for the people of the Panhandle but also for those around the world is the key mission of the University’s long-term plan, WT 125: From the Panhandle to the World.

That plan is being fueled by the historic, $125 million One West comprehensive fundraising campaign. Projects focused on campus buildings are a key part of that campaign, which will fund initiatives highlighting the people, programs and places of the Panhandle’s University.

Additional funds from the state allocation will be used for to bring some older buildings up to code and to pay for ongoing, deferred maintenance.

Capital projects at universities of The Texas A&M University System would total $727.4 million under SB52. That is 22 percent of the total authorization.

Chancellor Sharp thanked Lt. Gov. Dan Patrick, Speaker Dade Phelan, Sen. Brandon Creighton, Sen. Jane Nelson and Rep. Greg Bonnen for their leadership and all of the members of the House and Senate who supported the legislation.

“We are gratified by the confidence the Legislature shows in The Texas A&M System to be good stewards of tax dollars,” Sharp said.  “We will continue to earn that trust as we serve the students and citizens of this great state.”

The Chancellor also thanked Abbott for including higher education in the third special session this fall. SB52 is the first legislation since 2015 to tackle a comprehensive list of capital projects for the state’s public colleges and universities.

The Texas A&M System educates more than 150,000 students, about half of them attend one of 10 regional universities throughout Texas — from A&M Texarkana to Texas A&M International in Laredo, and from West Texas A&M in Canyon to A&M Corpus Christi.

About The Texas A&M University System

The Texas A&M University System is one of the largest systems of higher education in the nation, with a budget of $9.6 billion. Through a statewide network of 11 universities, a comprehensive health science center, eight state agencies, and the RELLIS Campus, the Texas A&M System educates more than 153,000 students and makes more than 22 million additional educational contacts through service and outreach programs each year. System-wide, research and development expenditures exceed $1 billion and help drive the state’s economy.