Op-Ed: Dune is a huge, beautiful start to a huge, intimidating franchise 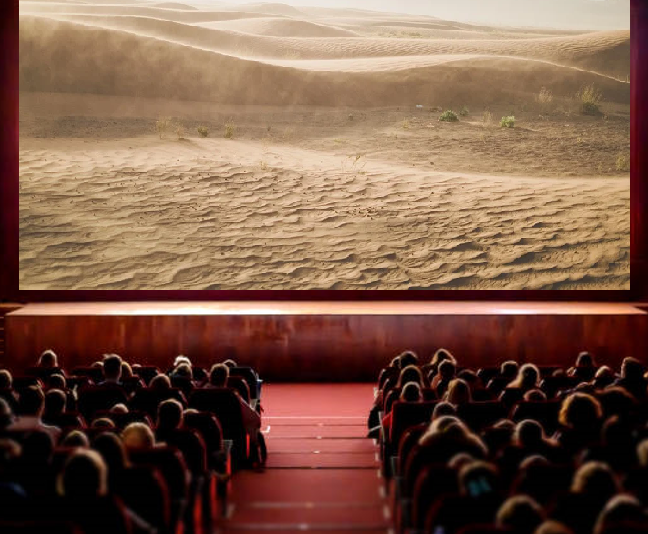 Dune is a novel written by Frank Herbert in 1965 that introduces the reader to a science fiction future where humans dominate the galaxy by enhancing their life and mind with a drug known as spice, a giant desert planet with sandworms the size of skyscrapers and a plucky young messiah known as Paul Atreides who will subtly undermine the white savior complex in Western literature over the course of several hundred years.

Dune is also the name of an overarching series of novels written by Frank Herbert and his son that spans, to date, around thirty books. And lastly, Dune has also been the subject of multiple visual adaptation attempts culminating in 2021’s Dune, a movie directed by the Hugo Award-winning director Denis Villeneuve, and starring such stars as Timothee Chalamet, Zendaya, Jason Mamoa and Oscar Isaac.

Due to both the director’s impressive and beloved catalogue and the long-lasting success of the book series, the movie was highly anticipated. Now that it’s in theaters and on HBO Max, fans of the sci-fi saga and Villeneuve can experience the self-titled first part of what could be the next Star Wars. And, having seen it after roughly two years of giddy anticipation, I can only safely assert that I have mixed feelings.

The story is complicated, but I’ll do my best to break it down. The year is 10191 and the human empire that stretches the galaxy has multiple warring houses, one of which is the family Atreides, which is growing in power and threatening the emperor. To nip any future coup in the bud, the emperor takes the planet Arrakis, which is the sole source of spice, colloquially called Dune, and is currently colonized by the house Harkonnen, from the Harkonnens and gives it to Atreides. He does this knowing that the resulting war will cripple both houses.

Paul, son of the Duke of Atreides, is one of the only surviving nobles when the emperor’s plan comes to fruition, and, along with the people of Arrakis, who see him as the messiah due to complicated religious reasons, seeks revenge that will cover the universe in violence.

The resulting film is hard to classify. True to form, Villeneuve lets the story play out slowly, thoughtfully and with plenty of gorgeous, mind-bending visuals. The acting, on everyone’s part, is spectacular. The sets are lavish and futuristically simple, the costumes are stylish and the world is a delightful mix of brutalist architecture and sublime natural wilderness.

By all accounts, the experience is wonderful. But after the credits roll, one is left slightly unsatisfied. Whether it’s because you’re like me, and know of the grand and intricate scale of the story to come and are left unsatisfied with the tiny snippet you get, or whether it’s because the tiny snippet afforded the audience is rather meek and shallow, one can’t help but want more even after two and a half hours. And one wants more in the sense that all the exciting stuff seems to be just beyond the runtime.

I recommend a viewing. Please, in fact, watch it. We need more blockbusters trying to kick off new sagas, we need less Star Wars, less Disney. We need a thoughtful trilogy exploring imperialism with drop-dead-gorgeous visuals. We just also need to get past the exposition.