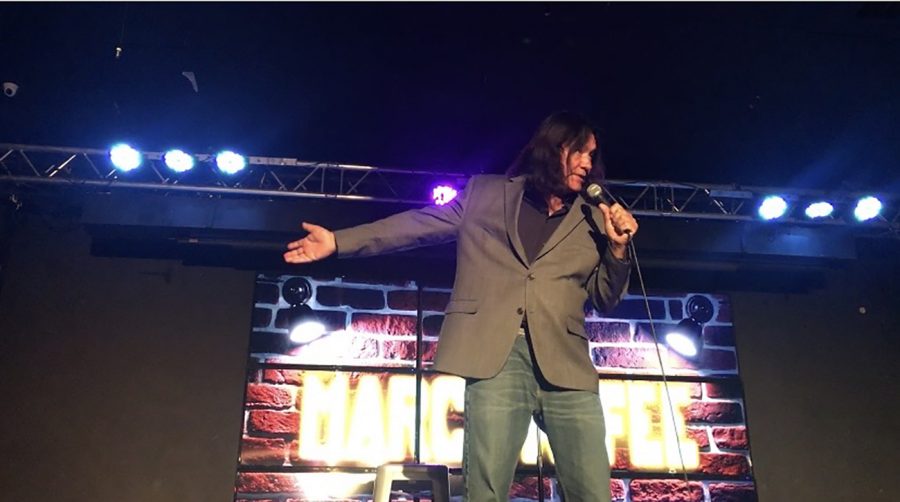 CANYON, Texas — A Native comedian will give a special performance Nov. 3 at West Texas A&M University in celebration of Native American Heritage Month.

Marc Yaffee, whose 20-plus-year career as a standup comedian has taken him around the world, will perform at 6 p.m. Nov. 3 in the Branding Iron Theatre inside the Sybil B. Harrington Fine Arts Complex.

Tickets are $5 at the door for the general public and free for WT students, faculty and staff with a Buff ID.

“We are so excited to host Marc, a groundbreaking comedian who’ll be able to provide insight and laughs about the rich cultural heritage that our country’s indigenous population continues to provide for our region and beyond,” said Angela Allen, WT’s chief officer for diversity and inclusion.

Yaffee was founder and costar of the Pow Wow Comedy Jam, named the 2010 Entertainers of the Year for the National Indian Gaming Association. The troupe’s performers, including Yaffee, were featured in “Goin’ Native,” a 2010 special on Showtime that was the first-ever cable special showcasing an all-Native American lineup.

“I am excited to come to WT and am honored to be a part of WT’s Native American Heritage Month celebration. I truly think comedy is a great medium for sharing different cultural perspectives,” Yaffee said. “I’m excited to share my comedy and cultural journey with your students and your community.”

Yaffee has appeared on PBS, The Latino Laugh Festival, “Comics Unleashed with Byron Allen” and FNX Network’s “First Nations Comedy Experience.” His comedy special, “Marc My Words,” is a mainstay on the streaming site Nativeflix.com.

His recent special “Mid-Laugh Crisis” showcased his “funny, not filthy” comedy style that has earned him a growing appeal among stand-up fans.

Celebrating diversity and being reflective of the population of the Texas Panhandle are key tenets of the University’s long-term plan, WT 125: From the Panhandle to the World. That plan is being fueled by the historic, $125 million One West comprehensive fundraising campaign.