Op/Ed: A letter of reflection from alumnus Jacob Cleveland 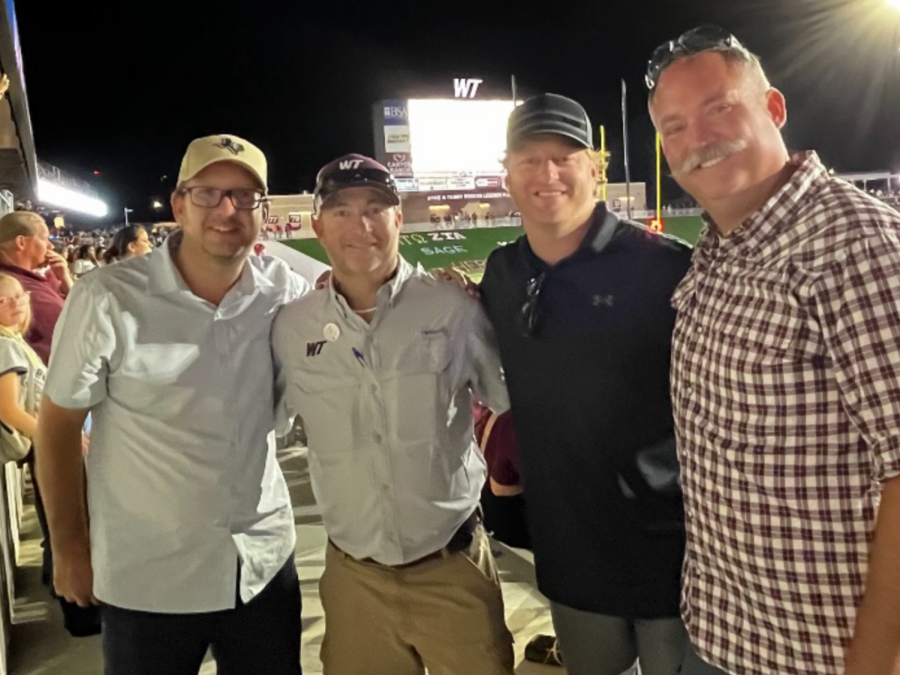 Letter to the Editor,

After 20 years I finally had the true blessing of getting to return to Canyon for the WTAMU homecoming and I can not express how impressed I am with what Canyon and the campus of WT have become.  You have truly moved forward with the times and progressed further than I could have imagined.

Over the years I have heard about the changes that WT has gone through such as the demolition and removal of a few building, construction of new buildings, updating and expansion of old buildings, the shutting down of a few campus streets, and then the relocating of the football games to a new field,,,, and it really made me sad to hear all this.   “This is not what I experienced and I’m not ready for all these changes” is all that I could say to myself.  When I got to the WT campus on Friday Oct 8th to walk the streets and halls of my old stomping grounds, all I can say is that I was heavily wrong about my prior thoughts of all the progression.   Everything looks beautiful, updated, well-manicured, and so many great memories began erupting from my time there in the mid-late 90’s.

After walking my steps throughout the campus from 20+ years prior, I went to rewalk some steps downtown.  I had the honor of visiting with Mr. Johnson, the proprietor of the hardware downtown who would fill me in about the positive progression of Canyon and how great the town is doing.  For lunch I had the great experience of dining at Canyon Ranch which had a fantastic atmosphere and top-notch cuisine.  Afterwards I drove a few of the streets of Canyon checking out my old home and a handful of other places.  The streets appear to be well paved; the yards were all mowed, and the city looked very clean and taken care of.

Saturday, game day, myself and several friends met up for the parade, tailgating, and then the game.  All the students and community members did a fantastic job on the parade.  Afterwords we enjoyed the new experience of tailgating on campus with present and past students while coming across more alumni that I haven’t seen in 20 years.  Moving on to the new stadium I was still very sketchy about.  I didn’t believe that I would accept it as the old Buffalo stadium was true history that I loved and was the field that my dad had played on during his years at WTS in the early 70’s.  Once again,,, my feeling and expectations were wrong.  The new Buffalo Stadium was the icing on the cake.  Within the first 5 minutes of the game, I was completely blown away.  Everything about the stadium was top notch.  The field, the sound system, the big screen, the design, the aftergame fireworks,,, everything was perfect and has truly taught me to not prejudge change.

During my visit everybody that I interacted with was a true local patriot with nothing negative or controversial to say about the community.  Congratulations to you Canyon and WT with your positive progression and staying classy.  I greatly look forward to my next return and maybe even someday relocating to become a resident again.