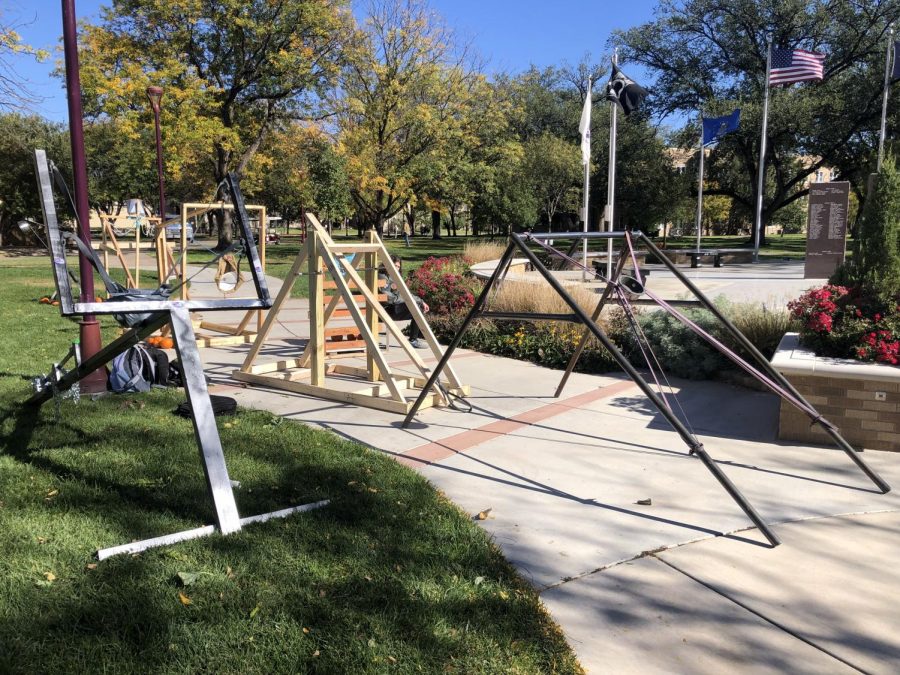 The Pumpkin Chunkin consisted of 50 teams all together, a mix of the engineering club and various classes. A large majority, 40 teams, competed for class credit, including the WTAMU Pre-University Program (PUP) with Canyon High School. The other 10 teams were just entered for the competition. 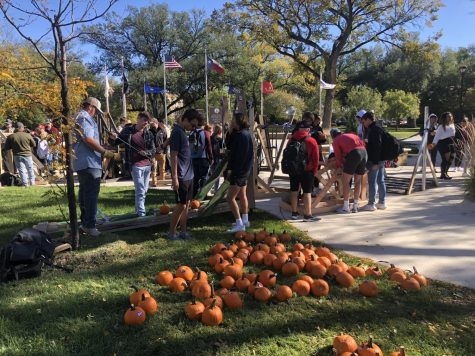 “We’ve incorporated this event into some of our classes,” said Matthew Whighum, assistant professor of engineering, “ just really to get our students some hands-on experience with going through the whole engineering design process to design the launcher, build it, test it and all that.”

The event started in 2020 during the COVID-19 pandemic. The goal of the Pumpkin Chunkin was for engineering students to come together and fellowship in a relaxed setting to have fun, with a COVID-19-friendly way. 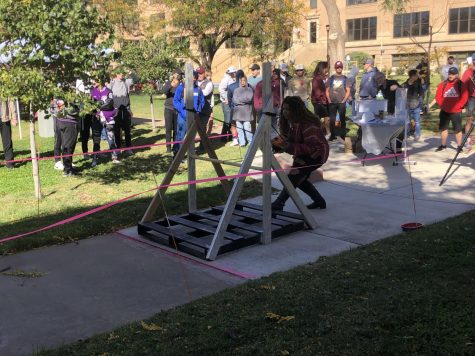 There are rules for competing in the contest. The pumpkins being launched are small pipe pumpkins, which are to be launched 25 meters to the target. Each team gets three pumpkins to launch. The launchers that are built cannot have any mechanical means of power or energy, meaning motors or electronic components. They are human powered and built from scratch using metal or wood. The use of stretchy bands, springs and pressurized air chambers are allowed.

Cutter Hedger, freshman engineering major and competitor in the Pumpkin Chunkin, entered with a group of four members for class credit. His launcher took two days to build, completely made of metal and welded by Hedger himself.

“I think it’s really helping with experience and to design something and actually make it come to life. I think that’s really important,” Hedger said.

Hedger said that the goal for his team’s launcher was to make all three pumpkins hit the target.

His team, in fact, achieved their goal, and being one of the only teams to even hit a pumpkin on target.

“All of our hard work paid off in the end, and it felt really great to have it all come together,” Hedger said.