“Monstersongs” musical interviews with the cast and crew 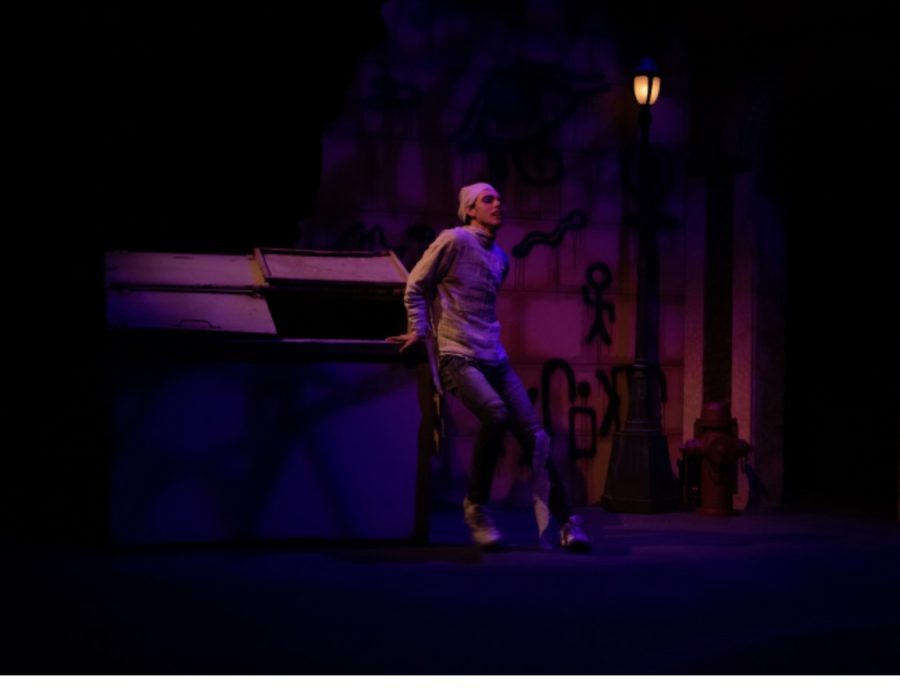 A cast member, Caleb Martinez in character as the "Mummy" in the "Monstersongs" musical, streamed at acted by West Texas A&M University students from the department of Art, Theatre and Dance

Orion Macias, who is the assistant director of “Monstersongs”, was the first to be interviewed and he discussed his interest in doing a musical based around Halloween.

Macias discussed he usually does not do musicals, but he found that he was interested because Halloween is something he is familiar with in reference to the rest of his work.

“I don’t do musicals usually, but I’m all about it,” Macias said. “It’s spooky, it’s Halloween. That’s usually been my brand.”

Macias also discussed the creative ideas around the project, and how the group came together to create the show.

“That’s what we did the entire summer,” Macias said. “A lot of discussions, a lot of ideas. The design team and the crew discussed the idea of the show.”

Casting was also an important part of the project, and Signe Elder, who plays the child/dragon, was also interviewed.

“Then we got to casting, and that’s kind of where the real fun begins,” Macias said. “Cause it’s like alright, time to start arguing about who we want.”

Elder was cast as the child of the production, and she discussed filming the musical and acting out the monster roles with the rest of the cast.

“My role is the child and the dragon,” Elder said. “I sort of go through each of the monsters and meet them all, eventually turning into a monster of my own which is the dragon.”

“Every song is in a different genre or a different style,” Elder said. “Which really shows the uniqueness of each different monster. There are probably about four or five genres – pop, contemporary, folk and some rock.”

The B-roll also highlights the behind the scenes of one of the last shootings for the production, in which the cameras were set up in a scene filmed in the Black Box at WTAMU.