Off year election offers insight on next year’s midterm election 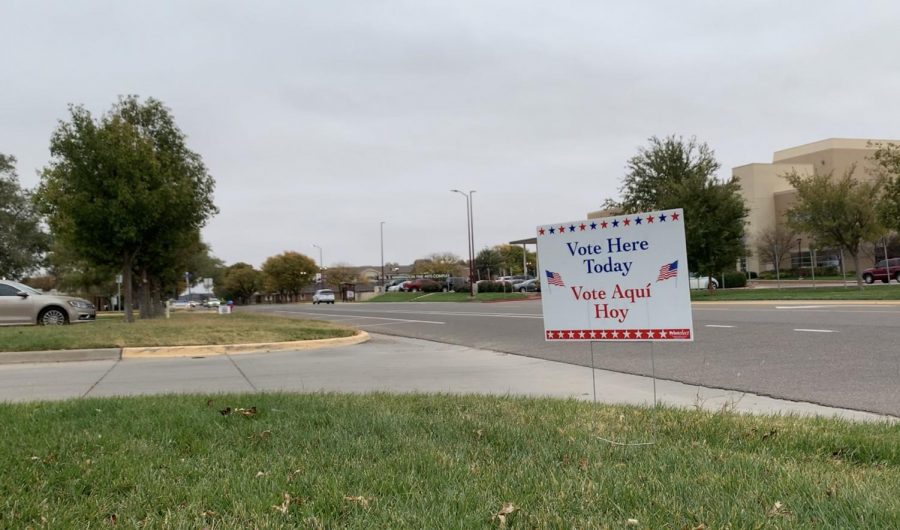 Nov. 2, election night, occurred and the results have shocked the nation.

Here in the state of Texas, there were eight constitutional amendments to be added to the second-longest state constitution in the United States at 86,936 words.

“People put a lot of emphasis on the presidential election and just kind of forget about everything else,” said Issac Doty, freshman sociology major, when talking about his attempt to vote on election day. “I think one way to sort of shift in a direction that more voters want to see is by participating in smaller elections.”

All ten of the constitutional amendments were voted in, with the closest amendment being Amendment 4, which was approved by a margin of 252,445 votes, which is similar to the population in Laredo, TX. Amendment 4 requires supreme court candidates to have 10 years of law experience in Texas, compared to the 10 years of experience that allows out-of-state years to be on the Texas Supreme Court.

Amarillo had a citywide election where Proposition A, a four cent tax increase for every $100 valuation to increase city funding for the police, streets and city parks, failed by 10% and a margin of 1,553 voters.

Austin, TX also rejected their Proposition A. This police funded movement planned to place two police officers per 1,000 citizens in the city of Austin, which would have messed with the city’s budget. On election night, the citizens of Austin completely rejected the proposition by a margin of 37%.

Turnout statewide, as it traditionally has been, was low. 1,482,540 voted whereas there are 16 million registered voters with an even higher 21 million in the voting age population. Here in Randall County, only 11,967 of 92,815 voters or 12.89% of the registered voters utilized their voice.

“I do plan on voting the next time,” said Asani Holmes, junior biochemistry major, when talking about voter participation in this election. Even though Holmes didn’t vote in this election she expressed an interest in voting.

New Mexico, the state directly west of West Texas A&M University, also had several elections where the New Mexico Working Families party had a successful night where four of their 6 candidates won their races while the 5 th headed to a runoff.

They won their races campaigning on the issues that voters in the metro areas of New Mexico believe in. They won because they had a drive to go out of their way to voice their vote.

Democrats in The Commonwealth of Virginia lost the governor and state legislature, because the centrist candidate, Terry McAuliffe, did not inspire enough people to vote for them in the low turnout election.

Democrats and Democratic Socialists candidates around the country won their races in less contentious circumstances that weren’t as nationalised as the Virginia race.

Some major wins for the Democratic voters include Boston’s first woman and first person of color elected mayor, Michelle Wu, who is a progressive.

The most highly contentious race involving the Democratic Socialists of America was the Buffalo, New York mayor election. India Walton was running against the four term incumbent Byron Brown who lost the democratic primary in July. Brown, not accepting the loss, ran a republican and moderate financed write-in campaign that was filled with controversy and ultimately won on Wed. after the New York Democratic party refused to endorse the primary winner.

Democrats are having a big problem finding voters that are willing to vote for them. When reviewing the statewide results from Pennsylvania, Virginia and New Jersey, all three of the states voted for Biden in the 2020 general election. New Jersey democratic governor Phil Murphy won his election, even though Biden carried the state by 16 points just a year ago, but broke a 40 year streak in New Jersey where the incumbent governor got booted in the gubernatorial election.

Elections in the United States have been plagued by low voter turnout as the voting process isn’t easy, when compared to voting done via a smartphone in Estonia. The United States doesn’t have an election integrity problem, it has a voter enthusiasm problem. The only way a political party can win in the United States is by persuading voters to go out and vote for whatever issues they want to implement.

“​​I went to try and vote and I had my ID and everything,” Doty said when asked about his experiences at the Randall County Justice Center across the street from campus. “I thought I was prepared and then I was told that I could not vote because I didn’t change my residence from Lubbock, which is where I’m from, to Randall County.”

These small barriers that voters face lead to low participation rates or low enthusiasm and nothing will truly change until they are fixed by legislation, which is likely to not pass, in the United States congress.