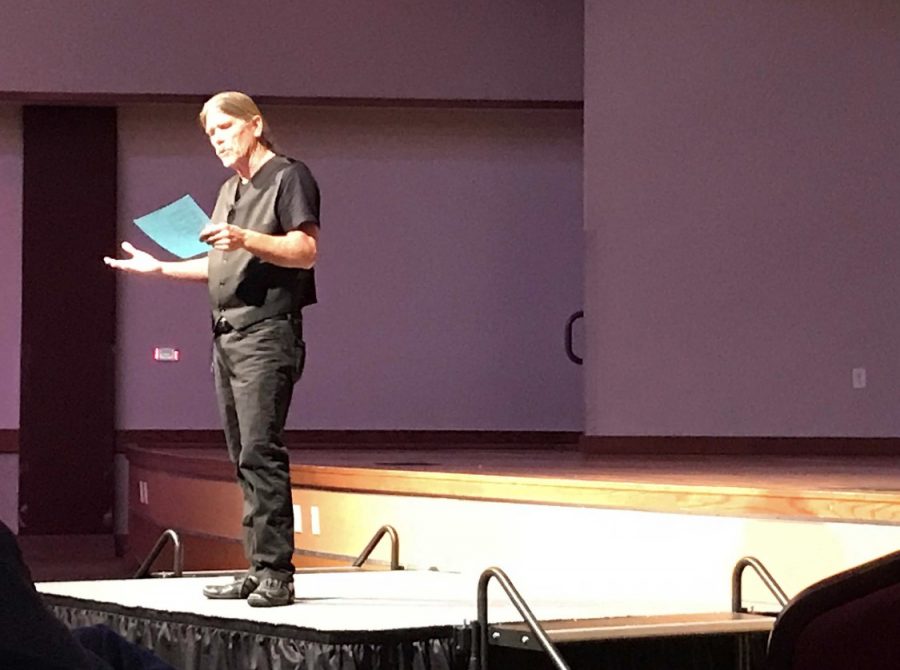 The following interview discusses the Patterson Poetry series and the Ray McNiece poetry night that occured on Nov. 3, 7:00 p.m. at Legacy Hall on the West Texas A&M University campus.

Question: To begin, what is the Patterson Poetry series about?

“It started many years ago in 2016, I brought a poet to campus. So we set up a room in the library with about 30-40 chairs,” Dr. Meljac said. “We had about 130 people show up. We realized this is something that was missing on campus, and maybe I should continue the tradition. Every year we draw between 80-100 people to these events. Pretty large considering they are unique opportunities. Dorothy and Don Patterson are both alumni and on the board of trustees but Dorothy started to help fund the visiting poets, and after her generous donations, I started to name the yearly event after her. Now it’s in honor of Dorothy and she comes to all the events.”

Question: What themes have been covered in the Patterson Poetry series?

“I try to bring in different perspectives and styles. There have been traditional and mainstream poets, what poetry typically looks like, and also a feminist poet, who wrote and spoke about issues of being a female and what that means. She was very in tune with LGBTQ issues as well,” Meljac said.

“I had an African-American poet who was the poet laureate of Virginia who was interested in race issues. After that, we had one of the Texas Poet Laureates, who was interested in Texas and the South. This year’s poet is a slam poet, but Ray McNiece is a performance poet, and this is completely different. He performs his poems.”

“When I first saw him he was making sound effects, and sometimes his poetry is accompanied by a guitar. I try to vary in terms of racial identity, females, males, I try to diversify based on style as well. Showcase to the university and the wider community the broader scope of what is going on.”

Question: How does Ray McNiece’s poetry fit into the series?

“Ray is inspired a lot by the beat poets, really kind of big in the 50s, early 60s. He has got this kind of pulse on the nation,” Meljac said. “It can be political, but oftentimes it is reflective of the cultural moment. I remember when I first heard him perform. In college, we always used to do road trips, and I remember one of Ray’s poems was about road tripping and having the wind in your hair, and hearing the sound of tires on the street.”