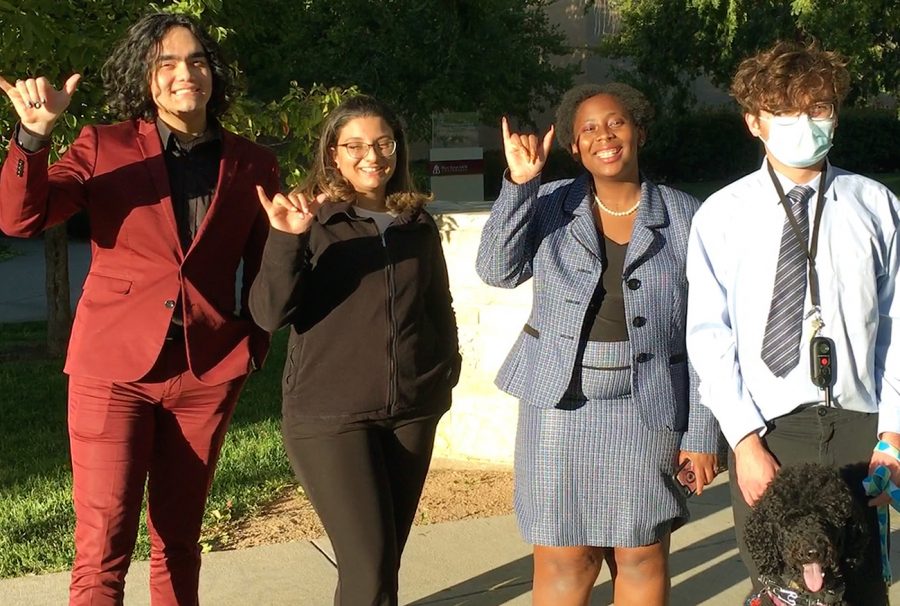 The team’s three competitors in extemporaneous speaking took the top three placings at the Chicago Swing tournament on Oct. 16, with Isaac Doty, freshman sociology major from Lubbock, in first place; Alejandro “AJ” Mata, sophomore political science major from Hereford, in second; and Zyna Abjuma, freshman political science major from Amarillo, in third. With this placing, Doty qualified for the national tournament in April.

With their strong showings, Mata and Doty placed first and fifth in the individual sweeps, respectively, leading the WTAMU team to victory in the tournament.