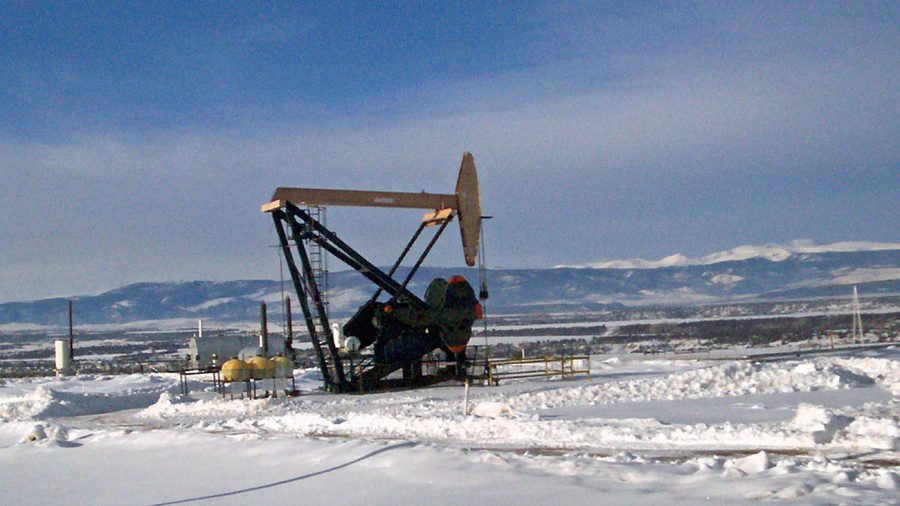 Dr. Erik T. Crosman from WT’s Department of Life, Earth and Environmental Sciences in the Paul Engler College of Agriculture and Natural Sciences was one of several contributors to a study published Nov. 16 in Scientific Reports and funded by the Climate Program Office and its Atmospheric Chemistry, Carbon Cycle and Climate program.

The study of the methane monitoring site in Utah’s Uinta Basin has tracked emissions from oil and gas wells since 2015. Over that time, emissions have fallen by half, but methane leaks are still occurring.

“Our work in the Uinta Basin shows that the methane emissions can change over multiple years,” said professor John Lin of the University of Utah Department of Atmospheric Sciences, “and it is important to bring a long-term perspective and monitor these emissions over multiple years as well.”

“The earth has only one atmosphere,” said research associate professor Seth Lyman, director of the Bingham Research Center at Utah State University’s Uintah Basin campus, “and emissions in one area can impact air quality and climate across the globe.  Oil and natural gas facilities are not evenly distributed around the state or around the world, but climate impacts from fossil fuels are not dependent on the location of emissions.”

Crosman analyzed complex-terrain meteorology, or mountain weather, for the study.

“My research contributions showed that average meteorological variability during the periods being analyzed were relatively small, and thus further strengthened the ability of the study to quantify emissions changes over the multi-year period,” Crosman said.

Methane is a potent greenhouse gas, with around 85 times more global warming potential than carbon dioxide over the first 20 years it’s in the atmosphere. Methane has a tremendous potential to absorb infrared energy, which it then re-directs back to the Earth’s surface, thereby trapping the heat and warming the planet.

Methane is the “gas” part of oil and gas production. Because it’s hard to keep every component of the gas production process airtight, as the researchers explained in a University of Utah news release, methane can leak from wells, pipelines—anywhere along the way.

The study found that the leak rate remained at a constant and high rate, despite decreases in natural gas production. Beyond the climate implications, leaking methane is wasted energy (about three to five percent of all energy produced in the basin, the study estimates), which increases costs for companies, the researchers said in the University of Utah release.

Crosman has worked collaboratively with Utah scientists on a number of air quality and greenhouse gas studies that extend back to his time as a research professor at the University of Utah before coming to WT in 2019.

As a result of this study, Crosman said he hopes to other oil and gas regions such as the Permian Basin here in West Texas will be inspired to conduct their own continuous monitoring.

“We need a more detailed understanding of how methane emissions are evolving, and observations like those we conducted in the Uinta Basin help toward filling in those gaps,” Crosman said.

A focus on regionally impactful research is a key component of the University’s long-range plan, WT 125: From the Panhandle to the World. That plan is fueled by the historic, $125 million One West comprehensive fundraising campaign.