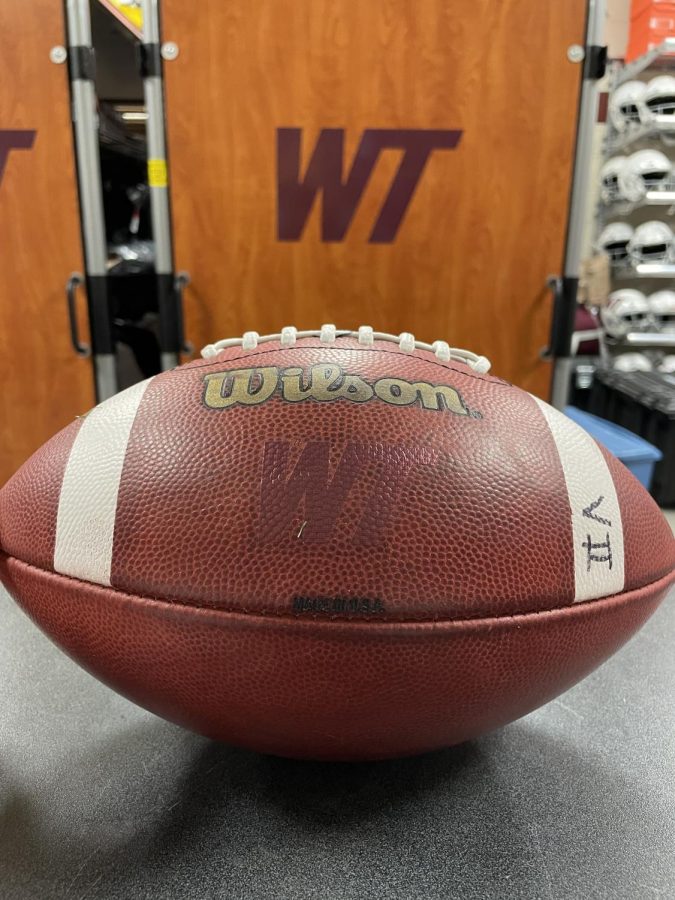 The West Texas A&M University Buffaloes season concluded against ranked National Association of Intercollegiate Athletics Bethel College in a 52-9 dominant victory. It wasn’t like that at the start of the game though. The first quarter ended with the Buffs only being ahead by one. Early on there was some heavy difficulty handling Bethel’s triple option scheme offense.

Most players and fans alike were surprised that a lower division team would put up such a fight to start. The resistance Bethel put up in the beginning minutes didn’t last long though.

Once the second quarter hit the Buffs never looked back. After some defensive adjustments were made the one dimensional offense of the Threshers came to a screeching halt. From that point forward it was an explosion of 42 points while giving up zero.

Part of that was because of the obvious love for the run game as the Threshers only passed the ball a total of eight times. Compared to their rushing attempts of 42 leaving a massive 34 rushing difference between the two. Despite the heavy rushing volume it only surmounted one rushing touchdown given up by the Buffs defense.

The defense of WTAMU didn’t surrender one passing first down out of the eight attempts. As for the offense for WTAMU they certainly disappoint after the first quarter and even that is an understatement. By the time of the third quarter it was 38 to nine. Backup Caleb Arreola junior quarterback, went in for the rest of the game as the starter. He was able to throw an impressive sidearm touchdown pass to Markell Stephens Peppers junior wide receiver, for 49 yards.

The dynamic duo of J.T Cavender, freshman linebacker, and Christoper Thomas, junior linebacker, were flying all over the field. Both were able to finish with five tackles each with Cavender getting four of his solo. Cavender has established himself as one of if not the most important player on the defense for the future.

According to his seasonal athletic profile for the season he has a whooping 108 total tackles 72 of those are solo tackles. Reliability was also not a problem as he played every game for the season. Add on a forced fumble and an interception, the future is bright for the linebacker group to have such a young star.

For Thomas, he ended the season with an even 50 total tackles and that was only in the six games played. However, nagging injury plagued the star linebacker throughout the season. So far in his collegiate career he has 199 total tackles, pass defensed and a forced fumble. Thomas has been a force over his career getting in offensive backfields with a total of 17 and a half tackles for loss with 51 loss yards.

The buffs ended the season with the 36th ranked scoring offense according to the national athletics association. With an offense ranked that high in all of Division II one has to question how they are not in the playoffs.

In a strong finish to the season ending with a seven win four loss record, graduate assistant and tight ends coach, Aidan Panni, gives his thoughts.

Now that the 2021 season has ended for the Buffs it is time to seek newly recruited players in the offseason and start all over again.