Should you change your major? 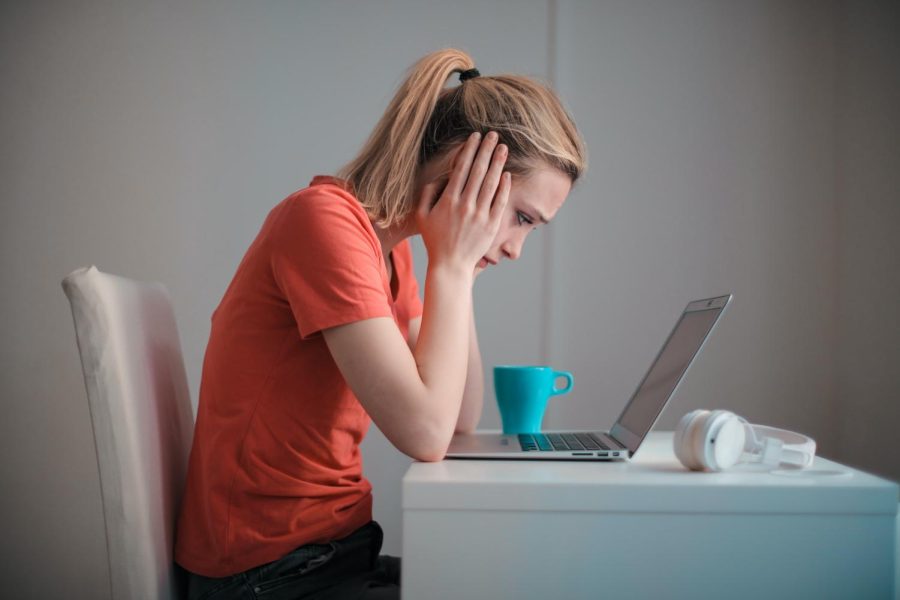 Photo by Andrea Piacquadio from Pexels

Some people have known their career path since the first grade, but many are still in the process of figuring out their career during their college years. Having difficulties when deciding on a career path is not uncommon, as there are so many options. College majors are seen as stepping stones to your future career, so deciding on a major can be a stressful process. Even more stressful, however, is the realization that your choice may not have been the “right” one.

According to the U.S. Department of Education, about one-third of students enrolled in bachelor’s degree programs change majors within three years of initial enrollment. In addition, nine percent of bachelor’s degree students have changed their major more than once.

There are plenty of good reasons for changing your major. College, especially earning a bachelor’s degree, is a big commitment. So, if you’re unhappy with your major, it’s a good idea to reconsider your area of study. This is not to say that everything will be easy because learning is not supposed to be easy. However, at the end of the day, you should feel like you are on the right path for you.

Skylerr Patterson, a senior broadcast journalism major, switched her major from theatre, performance after her sophomore year at WT. The moment she realized a theatre major wasn’t for her was when her professor told her class about the hours that come with theatre, including how common it is for actors to stay awake for 24 hours without even having time to eat or drink.

“I was like, I love theatre, but this just sounds draining and I feel like it’ll kill the passion,” Patterson said.

After deciding theatre wasn’t right for her, Patterson decided to change her major to broadcast journalism. Getting to tell people’s stories was a big part of what drew her to theatre, and she felt she could still accomplish this goal through journalism.

Changing your major is not uncommon, but it does have consequences, especially as you get further along in your degree plan. One of the major cons of changing your major later in your degree plan is that it may set you behind schedule for graduating. This is not to say that everyone should be on a four-year schedule for graduation, but staying in college too long without earning a degree can cause you to “cap out” of financial aid.

In addition, there is the cost of any classes you took that you no longer need for your new degree. Sometimes, these extra classes will count as electives. However, you can only have so many elective credits for your major, and elective requirements vary from major to major.

“These past few years, I’ve had to cram in a bunch of required classes,” said Patterson. “Because I switched so late, I have a bunch of extra hours on my degree that don’t count because they’re all theatre.”

West Texas A&M University has a policy about excess undergraduate credit hours. As of fall 2006, if a WT student exceeds 30 semester credit hours beyond the number of semester credit hours required to complete their degree, the university will charge tuition at the non-resident rate for the remainder of the time it takes the student to finish their degree plan. This rule has been instituted because the state of Texas will not provide funds for excess semester credit hours earned by a student. Students may receive a waiver from this higher rate if they are in their last semester.

Struggling academically is not a sure sign that you need to change your major, just as excelling does not mean you chose the right major. In the end, it comes down to your motivation to study your subject extensively.

When it comes to changing your major late in your degree plan or liking two different subjects equally, getting a minor in another subject may be wiser than completely changing course. A minor allows you to study another subject, but without as much of a unit commitment as a major. At WT, minors consist of 18 semester credit hours, or six classes. Of these credit hours, nine must be advanced. Minors can be related or unrelated to your degree. For example, you could major in biology and minor in musical theatre. However, if you do not want to commit to a minor, electives allow you the freedom of trying out other subjects.

At the end of the day, you must ask yourself what your needs are in life, and choose a major that suits those needs. There is no “perfect major,” but finding a major that brings balance and satisfaction to your life is essential for both your current and future happiness.

To learn more about the advising process and degree options at WT, click here. To schedule an appointment with an academic adviser, call (806) 651-5300 or send an email to [email protected]