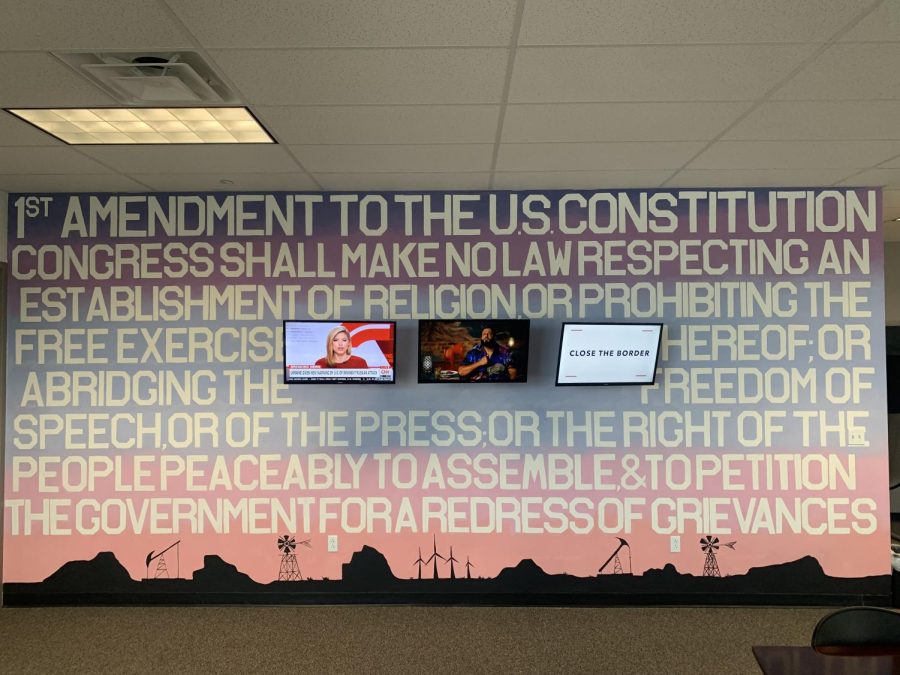 Journalists around the world face threats for shining light on controversial topic. People not involved with news do not always know how stories are covered and reported on to the public–it’s a process.

The First Amendment guarantees that “Congress shall make no law respecting an establishment of religion, or prohibiting the free exercise thereof; or abridging the freedom of speech, or of the press; or the right of the people peaceably to assemble, and to petition the government for a redress of grievances.”

The U.S. has recently been infringing on the freedoms protected by the Constitution. The Black Lives Matter protests, Standing Rock protests and protection of the natural environment have drawn international attention to the mistreatment of journalists. Actions against the federally-protected class are an infringement of the freedoms America loves to promote.

Journalism is a tipping point of trustworthiness and obligations. The public points out a disconnect between the reporting of media conglomerates and independent news organizations. What gets on the front page of The New York Times is different from the reality most people face in this country. A free press has to be trusted by the public to be of any use. A paywall, like the one at The New York Times, can disgruntle potential readers.

Journalism can still be used as a bridge between disenfranchised communities and information used for making these communities stronger. The press functions as an invisible fourth branch of government that provides content to shape opinions. This content can result in people making changes to improve the lives of others.

“University administrators have recognized the threat that journalism poses to their power, and, sometimes, suppress free speech. One recent example of suppression of student journalism was an incident with The Battalion at Texas A&M University (TAMU). TAMU President, M. Katherine Banks, demanded that the 129-year-old student publication cease their production of weekly print editions. Banks stated that she supports the “freedom of the press.” With the amount of traditions at TAMU, such as Silver Taps, Ring Days and Muster and Aggie Graduation, removal of an established practice by an overreaching administration can be perceived as a threat to student journalism.

University administrators have used the Supreme Court’s 1988 Hazelwood v. Kuhlmeier decision to censor stories for just about any reason. The pushback against free speech comes at the expense of the U.S. Constitution and the constitutional freedoms of students.

The topic for 2022’s Student Press Freedom Day is “UnMute Yourself.” Student journalists sometimes face internal conflict when working on a story due to potential repercussions they may face for publishing it. An advisor is the faculty member in charge of a student news organization and is the first person to hear from disgruntled administrators or influential citizens who may not like a story that was published.

To combat this threat to journalism, the Student Press Law Center is helping student journalists identify what self-censorship is. A problem is easier to resolve when you are able to recognize it.

In our last team meeting at The Prairie News, our journalists had a discussion about what self-censorship is. You can take this quiz to see if you are able to identify self-censorship in the context of student journalism.