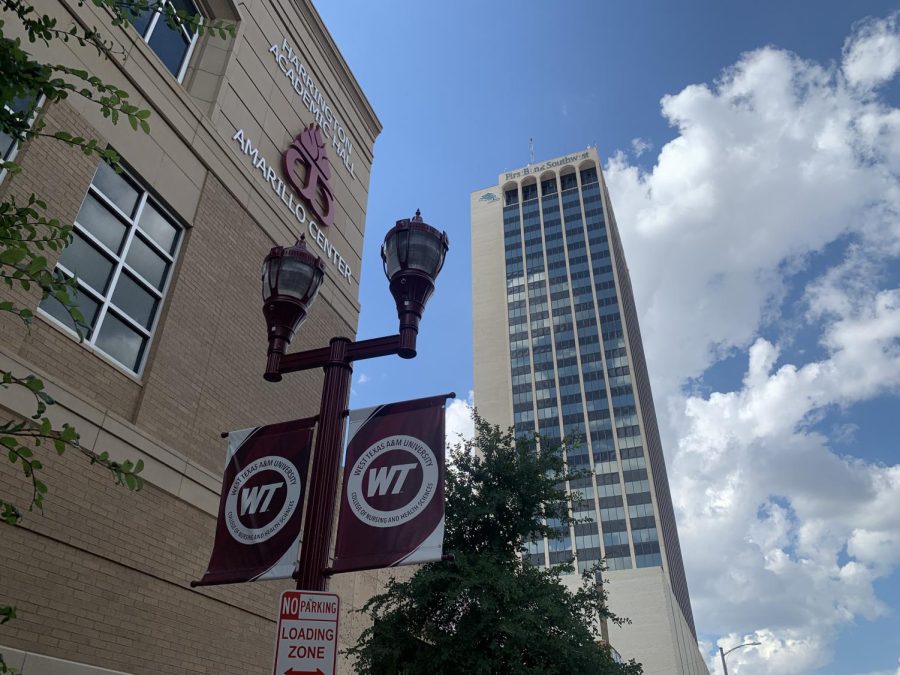 Amarillo, Texas is often forgotten in the conversations around Texas and the unhoused people who live on the streets of Amarillo face that same dilemma. However, WT has several people who help facilitate a Continuum of Care (COC) committee at the Harrington Academic Hall WTAMU Amarillo Center.

“Being a member of COC kind of opened my eyes a little bit to some of the issues, for example, I didn’t realize that (Amarillo) has the highest rate of homelessness in the state of Texas,” DeJong-Shier said. “We show collaboration with members of the COC, I have the ability to be more knowledgeable about research, to be able to get down into some of these issues.”

There are multiple factors that come into play when it comes to the issue of homelessness, whether that be domestic violence, medical situations, mental health crises, people being priced out of their homes, and more factors that experts are unable to determine. WT helps serve the community by offering the expertise in the social work field of rural poverty to help address people’s lack of housing.

“Even though we have one of the lowest costs of living in the United States, we are recording the highest number of homelessness per 100,000 people,” DeJong-Shier said. “Our homeless rate is extraordinarily high.”

Amarillo is at the intersections of multiple paths of travel. Located on Route 66, we are the halfway stop from Los Angeles and Chicago. Several people in the Amarillo metropolitan area are sucked into poverty and forced to remain in the largest city on the High Plains, despite our low cost of living.

“The more recent homeless that we’ve encountered are becoming unhoused due to non-payment of rent,” said Virginia Trice, Executive Director at Amarillo Housing First. “They’re not able to afford to continue to pay their rent with the (national eviction moratorium being) lifted.”

Amarillo’s cost of living may be cheaper than New York City, Dallas, or Houston, but it’s still unaffordable to many in The United States. In a June 2022 study done by PYMNTS and collaboration with LendingClub, 61% of Americans are living paycheck to paycheck, which is up from a low of 52% in April 2021 and 55% in June 2021.

“(Amarillo Housing First) has interns, the graduate, and the bachelor level program that has been a huge asset to us,” Trice said. “I think they’re pretty invested, but there’s definitely some knowledge and awareness of there being an issue here in Amarillo.”

Students involved in the social work program here at WT are directly helping out the community in Amarillo to address the lack of housing, which is a human right.

“My most recent paper that I focused on was on the criminalization of homelessness, and the fact that there’s this upward trend across the nation to penalize the daily life activities of those who are experiencing homelessness,” DeJong-Shier said.

Unhoused people are 11x more likely to be arrested. Having to go to the bathroom, sleeping, and brushing their teeth are all actions that can be considered crimes by local police departments. Human actions are deemed criminal only for the fact that they don’t have a private home to do the actions, which further hurts the public perception of unhoused people.

“There’s basically two general perspectives on how people get sucked into poverty,” DeJong-Shier said. “They allege it from a cultural perspective.. it’s the fault of the individual… or a social economic issue, in other words, there are much larger systems at play.”

Research from academics, like Professor DeJong-Shier and others, determines that social economic factors are the reason why people slip into poverty and become unhoused. The lack of a rise in minimum wages in 2009, has resulted in the lowest worth of the minimum wage since the 1960s.

“With the wage stagnation, you need to have three full time minimum wage jobs in order to be able to afford an appointment and or a place to live in some of these local areas,” Dejong-Shier said.

If students would like to help address poverty in Amarillo, there will be a Protest against Poverty on the corner of Tyler st. and 2nd in Downtown Amarillo on Sept. 8 at 7 to 8:30 p.m. There will be a petition to help decriminalize homelessness and offer mutual aid to the community.